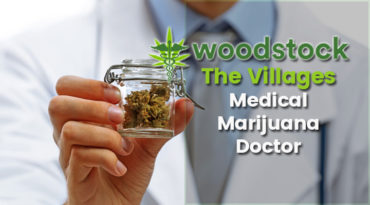 The Villages resident talks about how medical marijuana (as an alternative to prescription pain killers) helps with her aches and pains. 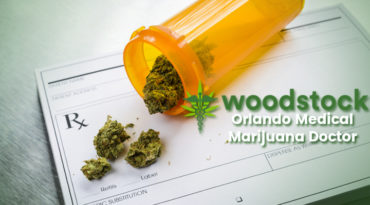 Orlando Florida Medical Marijuana | Do You Qualify? As most people know, the medicinal effects of cannabis help to treat a multitude of symptoms affiliated with an even greater number of diseases and mental afflictions. For this reason, it is always necessary to seek out a licensed medical doctor knowledgeable in how medical marijuana can help you. Some of the diseases and afflictions that are considered qualifying conditions capable of being treated by medical marijuana include cancer, epilepsy, glaucoma, Parkinson’s disease (PD), multiple sclerosis (MS), post-traumatic stress disorder (PTSD), amyotrophic lateral sclerosis (ALS), chronic pain, terminal conditions, and medical conditions of the same kind or class as or comparable to those listed. Orlando Florida Medical Marijuana | Locations Florida voters decided it was time to join the revolution that has swept the nation and are now part of the majority of states that legalized marijuana for medicinal purposes. In order to adequately supply as many patients as possible with the radical benefits that come with medical marijuana, it was important for us to open locations throughout the state. We currently have five locations in some of the more populous areas in the state. You can find one of our offices in each of the following cities:   Orlando Winter Park The Villages Jupiter Tampa We understand that this only begins to solve the problem of seeing everyone in the state. So, for those concerned with how far they might be from this cities, don’t fret. We are still growing and expanding and our hope is to double in size in a short period of time. Check our website in the near future to see if the next city we expand to is closer to you. Orlando Florida Medical Marijuana | About Us Woodstock Medicinal Doctors of Florida is a team of board-certified licensed physicians. Each of our physicians received the gold standard in Marijuana Care Education Training and have their very own respectable careers and practices. Our collective mission is to provide as many people that wish to benefit from medical marijuana as we can at an affordable price. We even guarantee our patients that there will be absolutely no charge in they do not qualify for certification. Orlando Medical Marijuana 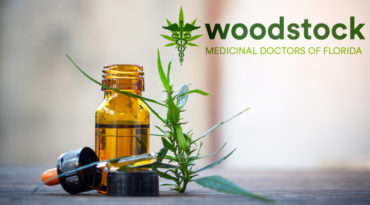 What are medical marijuana’s benefits?

There are a great deal of benefits to pursuing medical marijuana as a treatment option, in fact, it’s been used for thousands of years by numerous cultures around the world.  On a basic level, marijuana can help relieve pain and hardship associated with a variety of medical conditions and symptoms thanks to the cannabinoids contained within cannabis, specifically Tetrahydrocannabinol (THC) and Cannabidiol (CBD). THC is the compound in marijuana responsible for the euphoric feeling (aka “stoned”) that accompanies consumption, but in conjunction with CBD (which is also a naturally occurring compound in cannabis, and not-so-coincidentally tempers THC’s psychoactive effects) is powerful as an anti-inflammatory, seizure regulator, nausea reducer, chronic and neuropathic pain reducer, If there’s one benefit that stands out above all others when it comes to medical marijuana’s benefits, it is safety. It is impossible to overdose on marijuana (though overdoing it could lead to an extremely disconcerting evening…) and it not addictive. The same can certainly not be said for a great deal of prescription pharmaceutical drugs, particularly ones such as opioids. Opioids were responsible for approximately 50,000 death last year alone. 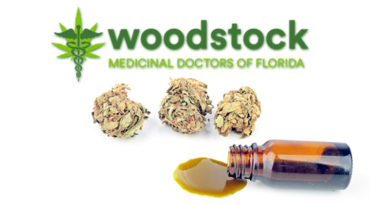 What is Medical Marijuana?

What is medical marijuana? While this question might seem simple, the reality is that nearly a century of federal cannabis prohibition and the exceedingly negative stigma surrounding the plant has prevented the idea of marijuana being an effective medical treatment in minds of many who could benefit from it. People have used marijuana therapeutically for thousands of years, and it’s only in the relatively recent past that it was criminalized. However, the landscape of legal cannabis in the United States is changing at breakneck speed. California has had legal medical marijuana laws on the books for over 20 years (Proposition P passed in 1996), 30 of the 50 states have broadly legalized marijuana either for medical or recreational use in 2018. Florida now has a full-fledged medical marijuana program. On October 17, 2018 Canada will become only the second nation in the world (following Uruguay) to federally legalize recreational marijuana. The green tide is rising slowly, but surely. Simply put, medical marijuana is marijuana prescribed by a licensed physician that is used to treat the symptoms or chronic pain associated with a variety of illnesses and condition, including (but not limited to) cancer, glaucoma, chronic seizures, Amyotrophic lateral sclerosis (ALS – also known as Lou Gehrig’s disease), HIV/AIDS, multiple sclerosis, chronic non-malignant pain, post-traumatic stress disorder (PTSD), and Parkinson’s disease. Medical marijuana comes in many forms, and can be consumed in a variety of ways depending on the condition or symptoms being treated, as well as the legally available options on a state by state basis. A patient could be recommended whole flower (actual cured cannabis buds) for smoking or vaporizing, cannabis oil, or even edibles. Medical marijuana is a safer, often more effective alternative than potentially dangerous and addictive pharmaceuticals such as opioids. However, this doesn’t mean that medical marijuana is the right treatment for all conditions. Schedule an appointment with your physician or contact a medical marijuana clinic to find out if medical marijuana could be right for you.

Communications Office – Florida Department of Health Tallahassee, Fla.— In light of recent news regarding the disbarment of a lawyer involved in medical marijuana scams, the Florida Department of Health is reminding Florida residents to use caution to avoid falling victim to medical marijuana scams. In this case, individuals were offering “official legal certifications” for marijuana use to patients as well as “grow signs” allegedly permitting patients to grow their own marijuana. Below are tips to help protect you from scams involving medical marijuana. Only approved medical marijuana treatment centers are authorized in Florida to dispense medical marijuana to qualified patients and legal representatives. Patients are not allowed to grow marijuana in Florida. Only qualified physicians are permitted to certify patients for medical marijuana use. Qualified physicians can be searched THE ABOVE STATEMENT WAS PUT OUT BY THE FLORIDA DEPARTMENT OF HEALTH Now let’s focus on the fraud being committed by Medical Marijuana Certification Centers and a number of qualifying physicians   A certifying doctor becomes an “expert” after taking a one hour, online course.Woodstock Physicians and Staff and are required to attend mandatory educational updates and courses. And, we have already treated 1000’s of clients. We are physicians who have expertise in incorporating medicinal marijuana into your medical regimens.  Many others are rubber stamp marijuana doctors. For example, a representative of a certification center in Longwood actually has targeted our Facebook page to advertise their facility on our page. How can you trust such a facility? A certifying doctor must conduct a direct, physically present, history and physical for not just initial certification, but for all visits. At Woodstock, our once a year, low certification fee permits our patient’s unlimited physician calls and visits as well as all medicinal marijuana orders.  Other certification offices conduct illegal video-telemedicine, certification by non-physician healthcare workers – such as nurses and physicians’ assistants. A certifying doctor may not have a business relationship with a dispensary.   It is illegal to lease office space in or directly adjacent to a dispensary. Woodstock has no relationship with any dispensary. There are a number of physicians currently renting office space from dispensaries. This illegal practice is no different than a doctor with financial ties to a pharmaceutical company. And we know what this type of relationship produces