Getting off of highly addictive prescription pills with medical marijuana treatment.

The Use of Cannabis For Multiple Sclerosis Symptoms​

People with multiple sclerosis (MS) not only suffer from uncontrolled spasticity causing severe pain, but adverse effects from traditional drugs make matters even worse. Ask anyone suffering from MS who treats with cannabis. Each multiple sclerosispatient at Woodstock Medicinal Doctors feels blessed by this game-changing, natural medication. A recent study, out of Canada, has clearly demonstrated this in a randomized, blinded and crossover trial (the highest level of scientific scrutiny). This study was prompted by a report from the United States Institute of Medicine. That report suggested that medicinal marijuana is of benefit to those suffering from a variety of neurological conditions. The physicians at Woodstock are not “Marijuana Doctors”. We are experienced physicians who know how to fit medicinal marijuana into your lives to reduce pain and suffering and improve your quality of life. 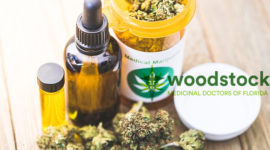 Boston, Ma.— ABC news recently reported on a Boston based family’s experience giving marijuana edibles to their dying patriarch. No doubt this will kickoff investigations into how medical marijuana might treat some of the more troubling symptoms of Alzheimer’s disease, a condition that affects 5.7 million Americans. While in Massachusetts, Dr Fox of Woodstock Medicinal Doctors, treated several such families and patients. Harvard’s McLean Psychiatric Hospital, is performing ground breaking research on the potential benefits of medical marijuana on Alzheimer’s and other forms of dementia. Woodstock Medicinal Doctors is proud to bring this very same treatment protocol to your family and loved ones. So instead of trying aggressive pharmaceuticals that basically offer no relief – come in and see us. 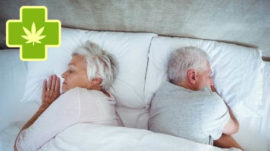 Using cannabis to help you sleep:​

An increasing number of those with insomnia (difficulty with sleep) are turning to medical marijuana. Often, it is often the motivating reason that patients seek certification. In fact, studies are revealing that more severe the suffering of other or co-existing sources of suffering, the more likely marijuana will be used as a sleep aid. For example, those patients who suffer the most from PTSD or Pain or Anxiety……are more likely to use medical marijuana as a sleep aid. Consistent with these findings and observations at Woodstock Medicinal Doctors a recent study showed this to be exactly true – increased rates of medical marijuana for sleep (sleep) among medical users with high PTSD scores compared with low PTSD scores. In addition, sleep improvement appears to be a primary motivator for overall coping-oriented use. 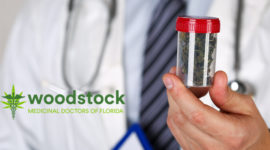 Medical Marijuana Use in Older Adults

A recent scientific study published in the Journal of American Geriatric Society (2018) showed that empirical use of medical marijuana is safe for a variety of conditions in older adults including people residing in Assisted Living Programs and Skilled Nursing Facilities. Decisions about when to suggest medical marijuana and how to prioritize it relative to other therapeutic options such as opioids, sleep medications, should be shared with the patient and should be guided by patient–specific factors and preferences. While further studies will be needed to elucidate marijuanas acute and chronic effects specifically in older adults medicinal marijuana has so far proven safe and effective For now, as more states continue to legalize its use, geriatricians should monitor its use closely and use caution when recommending it to older adults. There are currently approximately one-hundred active patients, over Age 85, in our practice. We follow those individuals very closely and gradually build up to therapeutic levels. The results are terrific – In fact, starting in March, Woodstock Medicinal will be commencing our outreach program to those residing in eldercare facilities

Find help from the best Orlando medical cannabis doctors in our local facility at Woodstock Medicinal Doctors of Florida. Helping all patients in Orange County to apply and register for their Orlando medical marijuana cards, our team of qualified physicians is certified in diagnosing conditions for marijuana recommendations. Our primary physician regularly holds local Q&A sessions in the Orlando area for anyone curious about how medical marijuana can benefit them personally. And our promise to every one of our visitors is that we will not charge you a thing if for some reason you cannot qualify or register for a Florida medical marijuana card. Ready to get started? Call our local location at 407-965-5967 to set up an appointment with one of our Orlando medical cannabis doctors soon. And continue reading more about what conditions qualify and how it works below. Orlando Medical Cannabis Doctors | Medical Research Though medical research has been limited due to the federal classification of marijuana as an illegal substance, more scientific studies are finally coming out. Thanks to the vast majority of states legalizing cannabis on a state level, the medical community is able to properly research the effects medical marijuana has on a growing number of conditions. And, more importantly, the patients with qualifying conditions are finally able to have legal access to a natural remedy that eases the symptoms associated with these same medical conditions. Once a patient has been officially diagnosed by a certified physician (such as one of Woodstock’s Orlando medical cannabis doctors), they can begin the process for registering for their Florida medical marijuana cards and receive the right marijuana recommendation. Orlando Medical Cannabis Doctors | Medical Conditions That Qualify The medical conditions that qualify patients for medical marijuana vary greatly. Marijuana has medicinal properties that can be used to ease symptoms felt from just about any minor affliction. Its pain relieving properties make it a perfect alternative to opiates or other pain medications. It helps to ease nausea, promotes a healthy appetite, can minimize or eliminate depression and anxiety, and even calms seizures. However, there are many patients with major conditions that truly see life-changing results after just one use. Parkinson’s disease patients that have difficulty controlling body movements and have extreme muscle contractions often feel almost immediate relief from their tremors. Similarly, Alzheimer’s patients and their families have reported an improvement in cognitive function and decreased disease progression. And more and more chronic pain patients concerned about the dangers with conventional pain medications (such as addictive opiates) are finding equal pain relief from this natural, non-addictive and herbal method. You can read more about all of the different conditions, diseases, and symptoms relieved by the medicinal properties of cannabis in some of our related articles. Orlando Medical Cannabis Doctors | Woodstock Woodstock Medicinal Doctors of Florida is located in Orlando at 1500 Park Center Drive. We help patients throughout the state and have additional locations in Okeechobee, Jensen Beach, Stuart, Jupiter, and The Villages, FL. Call our Orlando location at 407-965-5967 to schedule an appointment or visit our website for more information on our other locations. You can also Contact Us if you have additional questions. Facebook | Twitter | YouTube Orlando Medical Cannabis Doctors

Medical marijuana has a plethora of different medicinal properties. From reducing chronic pain to relieving Parkinson’s disease symptoms and easing patients enduring radiation chemotherapy sessions, its uses are endless. We urge Florida residents in the Orange County area curious about how cannabis can help them to come speak with one of our Orlando medical marijuana doctors. Woodstock Medicinal Doctors of Florida can help answer any questions you might have. We also assist residents looking to obtain a Florida Medical Marijuana Card. And, if you don’t qualify, there is no cost to you. Schedule an appointment for your marijuana evaluation and get a cannabis recommendation. Orlando Medical Marijuana Doctors | An Alternative The use of medical marijuana has been widely debated in the United State for decades. Now, with so many states finally voting to legalize it, it has come to the forefront of American culture again. The Green Revolution is real and is here to stay, which is welcome news to a culture that has been plagued by an opiate crisis. Though opiates are effective pain relievers, their long-term effects have been scientifically proven to take an enormous toll on a person’s mind and body. But that isn’t their greatest danger. Last year, in just 3 Florida counties (Broward, Miami-Dade, Palm Beach), there were around 2,300-2,500 opiate-related deaths. That comes to about 6-7 deaths per day. Statewide? 20 deaths. In fact, just about everybody has been personally affected by an opiate-related death in the last two years. But, tragically, the statistics only continue to rise. There is, however, an alternative. In the states that legalized medical marijuana, such as Colorado and California, the tragic number of opiate-related deaths and overdoses has drastically decreased. What changed? Patients finally found an effective remedy for their affliction that isn’t taxing on the body, doesn’t result in withdrawal symptoms due to physical addiction and is responsible for absolutely 0 overdoses. Though many influencers in the pharmaceutical industry don’t want medical marijuana to be widely available, the citizens have spoken. Woodstock has a team of Orlando medical marijuana doctors certified to evaluate patients and make cannabis recommendations. To get a head start, read more on patient information and how it works. Orlando Medical Marijuana Doctors | Locations Woodstock Medicinal Doctors of Florida has locations throughout Florida. Our goal is to support anyone looking to obtain a Florida medical marijuana card and make cannabis more accessible to the very people that voted in its support. Which is why our Orlando medical marijuana doctors only make up one of our teams. You can also find one of our teams in: Tampa The Villages Jensen Beach Stuart Okeechobee Ormond Beach Jupiter If none of these locations are nearby, don’t fret. We are looking to open other Florida marijuana offices in even more locations soon. Visit our website to get the number for the location nearest you. And Contact Woodstock if you have any other questions for one of our Florida marijuana doctors. Facebook | Twitter | YouTube Orlando Medical Marijuana Doctors